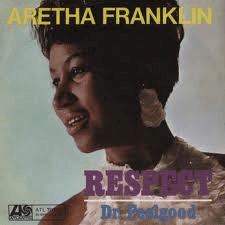 Number five on the Rolling Stone’s list of The 500 Greatest Songs of All Time, winner of two Grammy Awards in 1968 and honored in 2002 by being added to the Library of Congress’ National Recording Registry. For those of you who are still confused, we’re speaking about Aretha Franklin’s legendary “R-E-S-P-E-C-T” song. The song is considered a landmark for the feminist movement and was undoubtedly Franklin’s signature song. And we think that mobile testers could learn a thing or two from this song.

Mobile testers often feel that they are the unappreciated members of the development team. There are often misunderstandings between mobile testers and the other team members and, as a result, they are often viewed in a negative light by others. This is where respect comes in- mobile testers do not need to demand respect from other team members- they need to earn it. When you, as a mobile tester are confident about the skills and passion that you have to add to a team, you project that confidence and ultimately earn the respect that you so very much deserve. Here are five tips on how to earn the respect that you, as a professional and experienced mobile tester so dearly deserve…

The mobile tester who is not limited to the technicalities and understands the importance of having even a minimum understanding of the engineering behind the mobile devices. Don’t run away from the code! If you don’t even have basic code-reading skills, you’re short-changing yourselfâ€¦

The Early-Bird Catches the Worm Bug!

Â A common complaint of mobile testers is that they’re only involved later in the project and in the preliminary stages they’re not a part of things, leaving them to battle the bugs later on. Mobile testers should take control of their time management and make a point of being a part of early meetings so that potential pit-falls can be avoided- even before programming begins.

Anyone who knows something about testing knows that mobile testers will never have enough time to test everything. It is a mobile tester’s job to know how to prioritize work based on knowledge of riskiness of different areas. It’s important to provide preventative information for the team based on prior knowledge of risky areas throughout the project. This information can help the team be more realistic and to thereby reach set goals within time and budget restraints. 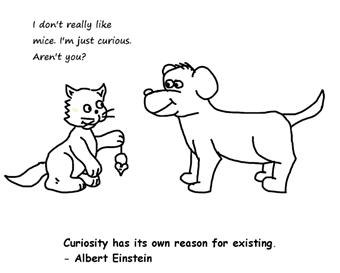 In the words of the legendary James Bach, “Testing is questioning a product in order to evaluate it.” Testing mobiles, and any other software for that matter, is all about revealing the unknown by questioning, questioning some more and then questioning some more. The top mobile testers are the ones who explore the capabilities and limitations of products, all the while maintaining a certain measure of skepticism regarding the products’ capabilities.

A Tester is a Lifelong Learner

Any profession involves carrying around a virtual toolbox in which is found all the skills that that specific professional has to offer. As a professional one must be aware of which tools you can offer, what tools need improving and updating and what tools you wish to acquire next in order to improve your skills.

Mobile testers too have virtual toolboxes and you, as a mobile tester should be constantly looking to improve and update your technical skills through courses, conventions and being constantly aware of new developments in the field. In addition, it is clear that apart from interacting with software, mobile testers also interact with humans and it is helpful to understand how best to do so- increasing your knowledge could also include knowledge of getting on with and collaborating with other professionals…

We believe that these five points are excellent starting points to start making the world of difference in your professional mobile testing world and of course, as a result, acquiring the R-E-S-P-E-C-T that you truly deserve!