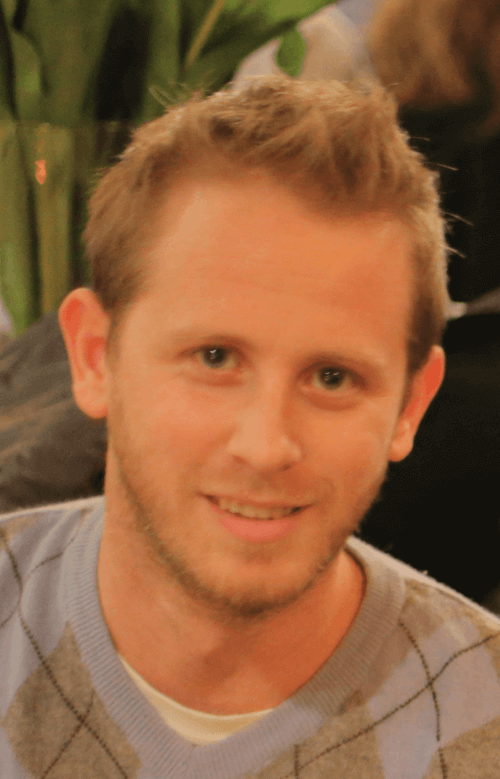 It took 20 years for desktop internet to reach the four corners of the earth. Smartphone ubiquity took off in half that time. Will wearables spread even faster? According to Gartner Research, by 2017 mobile apps will be downloaded 268 billion times, generating revenue of $77 billion. That year half of all application interactions will come not from smartphones, but from wearable devices.

Today 65% of American adults own a Smartphone, but less than 2% own a wearable. According to the projections, there is going to be an explosion in wearable applications.

What exactly is a wearable device? 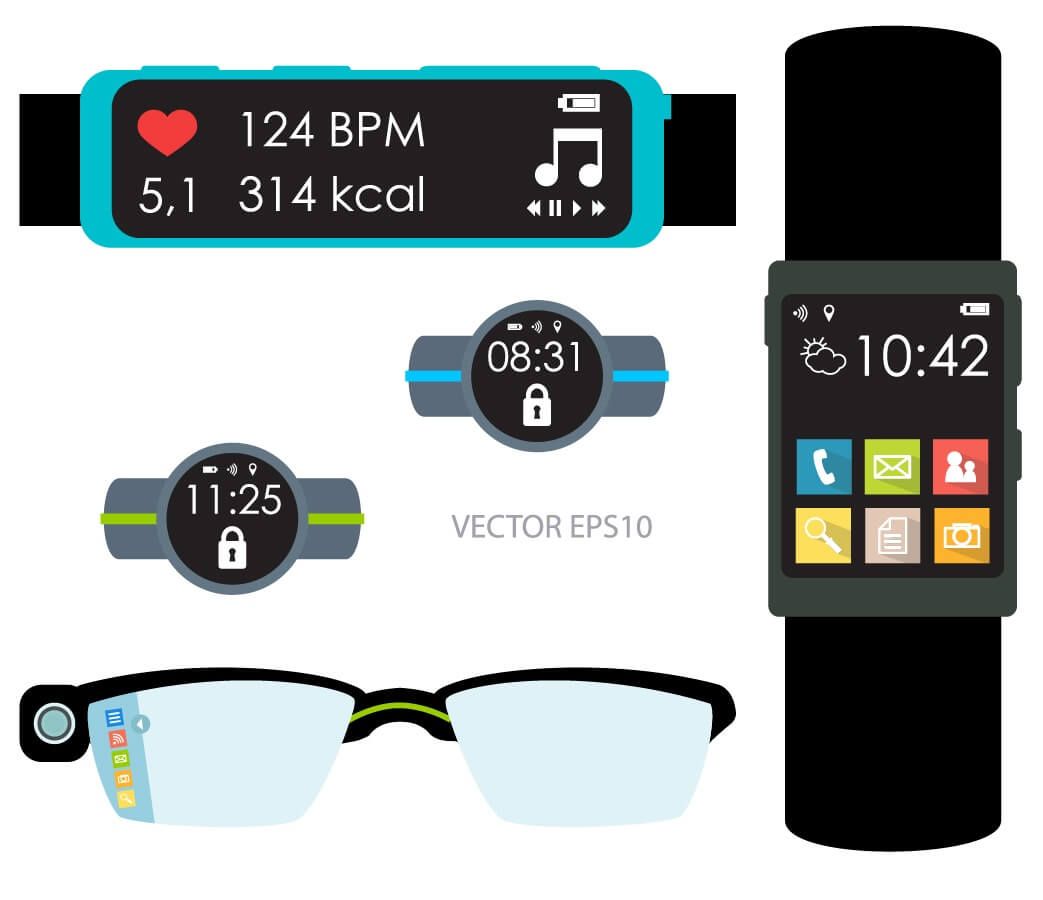 A wearable device is an Apple Watch. It is a Google Glass. It is a step counter, heart monitor, even a virtual reality headset.

What makes these gadgets wearables are some common features.

1. You wear them on your body.
2. They connect to the internet.
3. They detect, receive, and/or transmit data.
4. They work with an application, whether or not you can physically see it.
5. They work in tandem with other devices sending real-time data on a scale never seen before.

A desktop computer stays in one place. A mobile device can accompany you wherever you go, but doesn’t necessarily have to. Wearables, planted in your eyes (contact lenses), arms (SmartWatches), even organs (internal health monitors), stay with you wherever you go. The data they collect, send, and perform executions on is of a massive scope.

How do Wearables Differ from Smartphone Apps 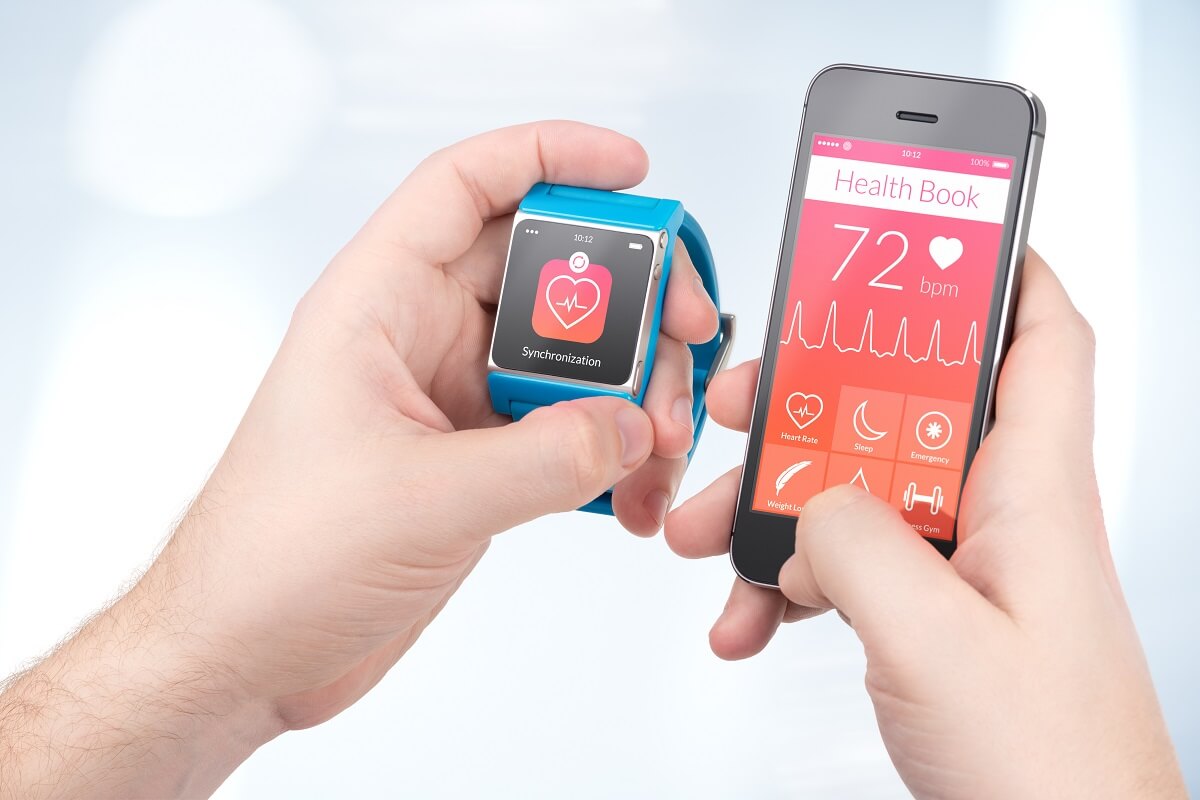 Size: The most obvious contrast in wearables is the size of the display screen, assuming there is one, and the device itself.

User Interaction: For wearables, the user experience is limited to nonexistent. It could be the case of a SmartWatch, where your UX is the “diet coke” of a SmartPhone, or it could be a fitness band, where you have few functions requiring little user input.

Platform: A mobile app can operate on a tablet, or a smartphone. A wearable app may be designed to communicate with apps on a mobile device, but they are typically not able to work on either of these. It may not have any display at all: only connecting the data it receives and sends with other places. Most mobile applications made for Smartphones and tablets won’t work on wearables either.

How Wearables Will Impact your Business 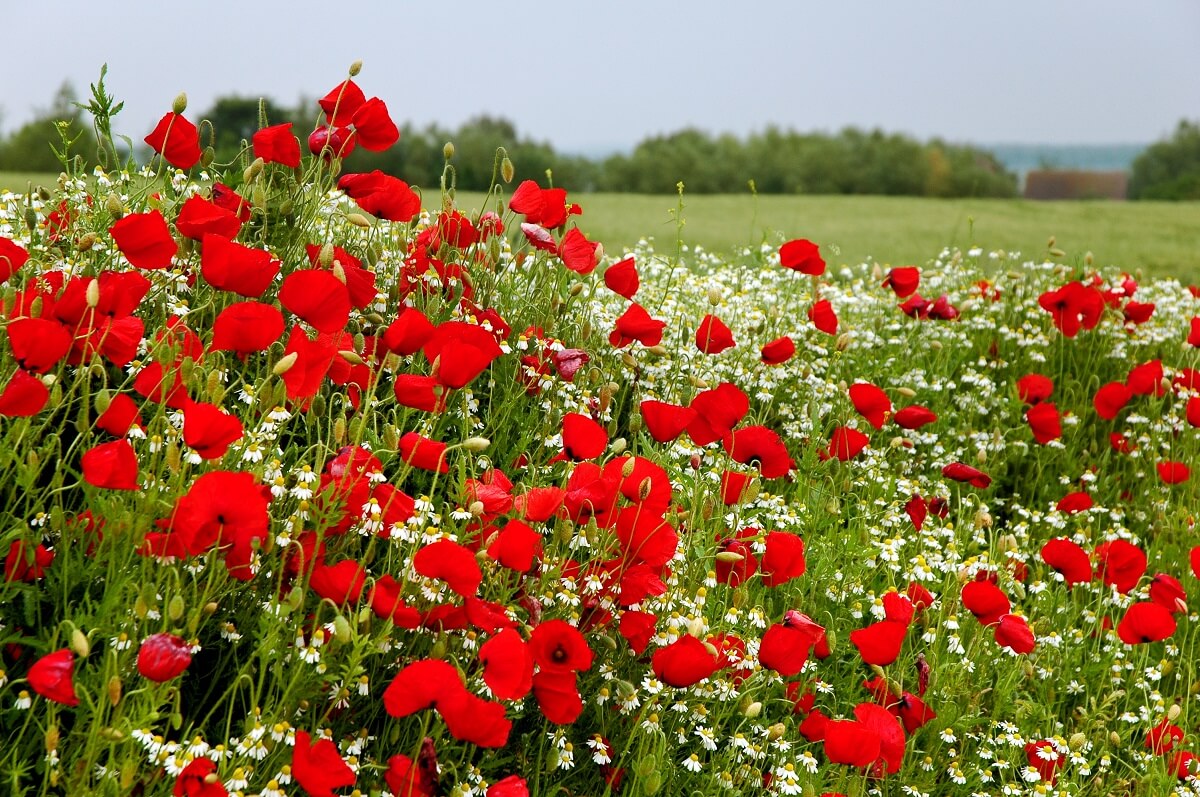 By 2017, Gartner predicts that wearable devices will drive 50 percent of total app interactions. Today, Wearables are still in their nascent phase, but the market is growing fast. Even if you haven’t expanded your app’s compatibility to fit onto a smartwatch, or glassware, it’s still something you want to look into.

Wearables represent continuous access to real-time information. Even if you are not using wearables as a product, you may want it as a means to better understand the people in your market. Real-time data on exactly who is using your product, when, and in what capacity will let you know how you can position your product to the optimal audience.

What if your target market is accurate, but more accurate data has determined that you can double sales if you specifically aim for a different segment within that market?

Wearable apps also work in tandem with mobile devices. A wearable app may be an extension of a smartphone or tablet, even if it is not the “main feature.” Offering support for consumer wearables lets the customer know they have access to everything you offer by any means they are comfortable with.

How does Mobile Testing Play into it? 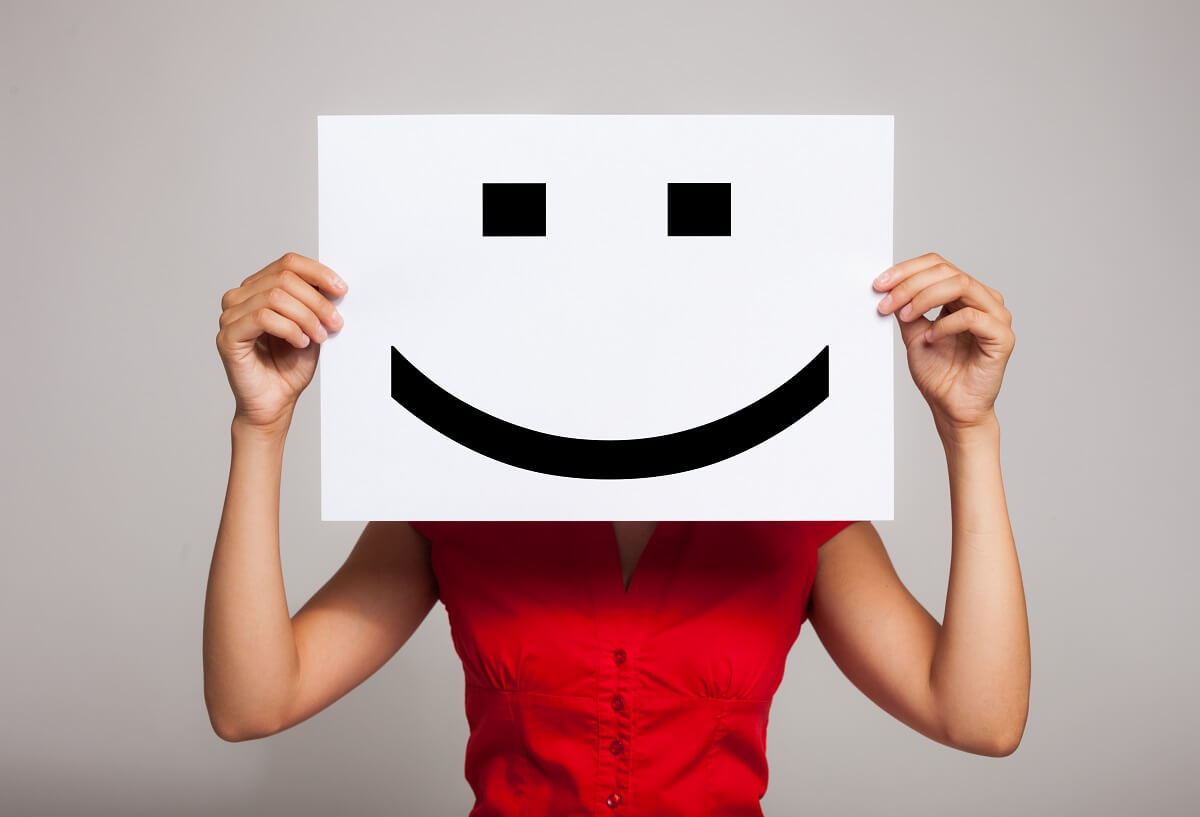 Mobile applications now include phones, wearables, and the Internet of Things. While many apps will not be able to run on all three platforms, the data going back and forth from all these devices will be able to be compiled at centralized locations – those locations usually being mobile apps themselves!

What’s gathered from a sensor above one’s garage door will be conveyed to a database stored on an app, which will also receive information from a sensor on a coffee machine, as well as a fitness band. A computer can take the current and historical times a fitness band app records higher heartbeat and pulse, combine it with when the coffee machine reaches temperatures of boiling water, and include data on when the garage door opens to approximate when to activate the app inside the car to start the ignition and warm it up.

If you are a garage door manufacturer, coffee machine maker, even car dealer, all of this information will be of value to you, and the next enhancements you make to your products.

Wearables and smartphones are going to connect the things in our home, with the phones in our pockets, to the clothing that we wear, making our entire living environment, even the inside of our bodies, one connected network of data.

Mobile testing makes sure everything is working right. After all, who needs their car starting right when your alarm is supposed to be going off? We are entering an era of increasingly complex applications penetrating areas of our lives that have been largely untouched by machines.

We have to get this right at every step of the process. Mobile application testing is critical for manufacturers of products, developers of applications, and the customers who enjoy all of it.

Which players are ready for the future? 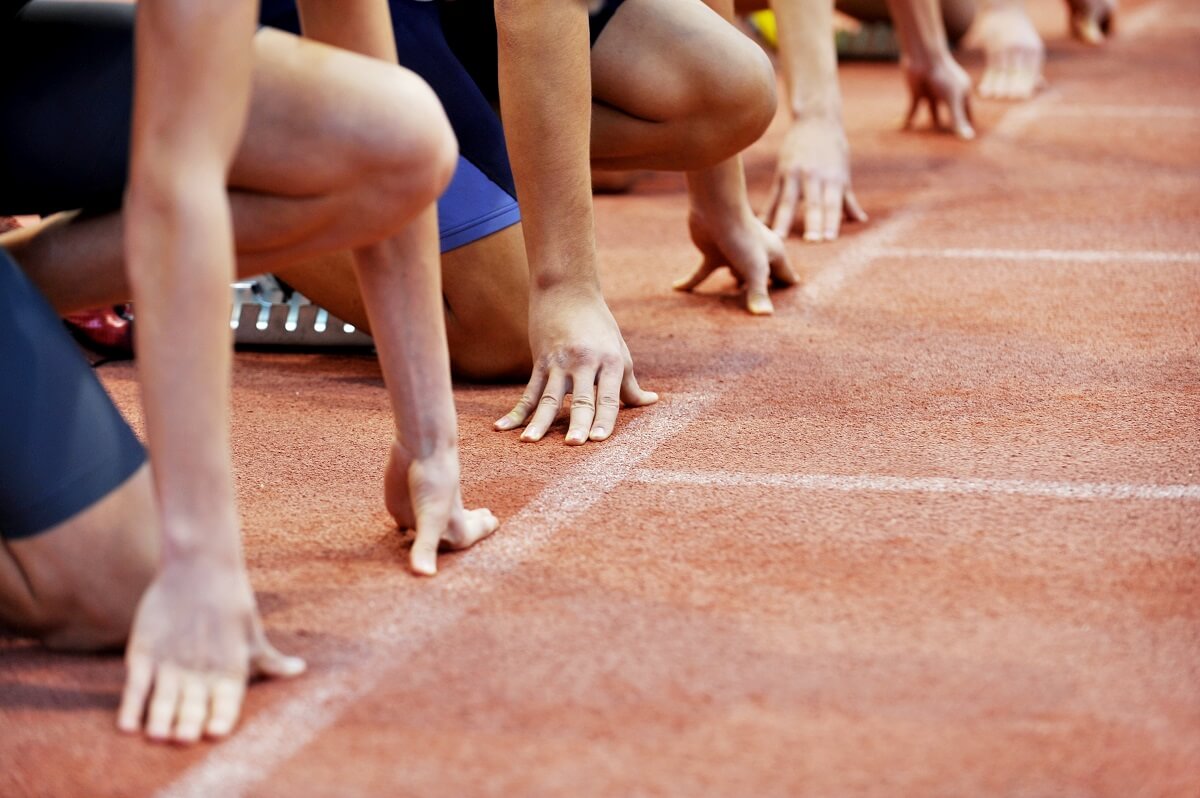 Experitest has already expanded its SeeTest Suite of solutions to include mobile application testing on the Internet of Things and wearables. We have successfully tested for SmartWatches and Fitness bands, and we are continuing to expand our functionality so you can expand your test coverage.

It is imperative that every enterprise expands its mobile testing strategy to include wearables. The standard test coverage, already huge, now grows even wider. Speed is even more critical for mobile application developers who need to cover this expanded matrix while bringing their apps to market in the same amount of time.

Experitest’s SeeTest Automation was designed with these challenges in mind.

We help you speed up the process by automating as much of it as possible. Our cloud mobile testing tool enables you to set up an on-premise mobile device lab so your mobile testers in your offices worldwide can access all of your devices, and test on them wherever they are. You can assign projects to people in your QA team working in different time zones to create a nonstop mobile testing process.

This enables you to develop mobile apps for wearables that give your customers the same cutting edge user experience they have learned to expect from your smartphone apps.

Your business can reach everyone using this exciting new technology.