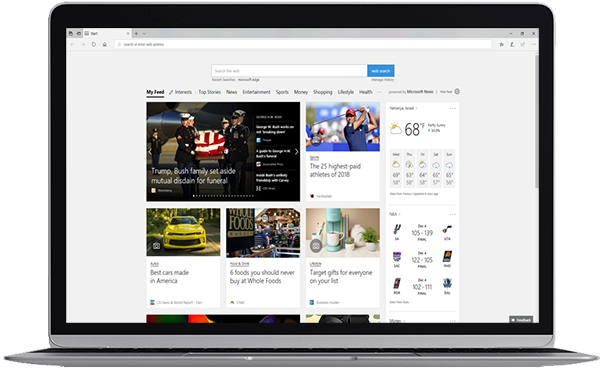 Cross browser testing is driven by the differences between the diverse browsers that are used by your end users.

The latest rumor from Microsoft is that they are dropping Edge as an independent engine. Edge has been plagued by a number of issues that have resulted in its rejection by users at large since its launch in 2015. Edge’s continued instability has caused it to lose traction and fall into disuse.

This shift could have a significant impact on cross browser testing as part of an enterprise’s overall quality effort.

Let’s take a look at the current browser market share:

It is not as though Microsoft is going to drop Edge entirely. Microsoft will be ending their independent browser engine development and move into the Google-based open source Chromium.

Accepting that assumption, will create a larger consolidation in the field of cross browser testing and will bring Chromium to around 64% of the market (Desktop and Mobile).

Chrome alone grew from 55% to 61.75% in the last year. That is a more than 12% growth. This ongoing change can bring Chromium to around 72% by the end of 2019. This would push the market into a dual browser engine competition between Chromium and Safari.

One more thing to take into account is that both Chromium, as well as Safari (and also Opera), are based on the WebKit open source project, and Google forked the WebCore part into Chrome in 2013.

So you might be asking yourself whether cross browser testing is dead when you consider the market dominated by just 2 browsers. Even more than that with an almost 80% market share for Chrome you might be able to get by testing on just one browser

My view is that cross browser testing is as important as ever. The shift will be, not in how many browsers you can test on, rather it is going to shift into the challenges around the responsive web and the need to test your web pages in different viewports and breakpoints.

Discover more about cross browser testing with Experitest, and sign up for a free trial.