Do We Need Mobile Testing Solutions for Recession Opportunities Now? 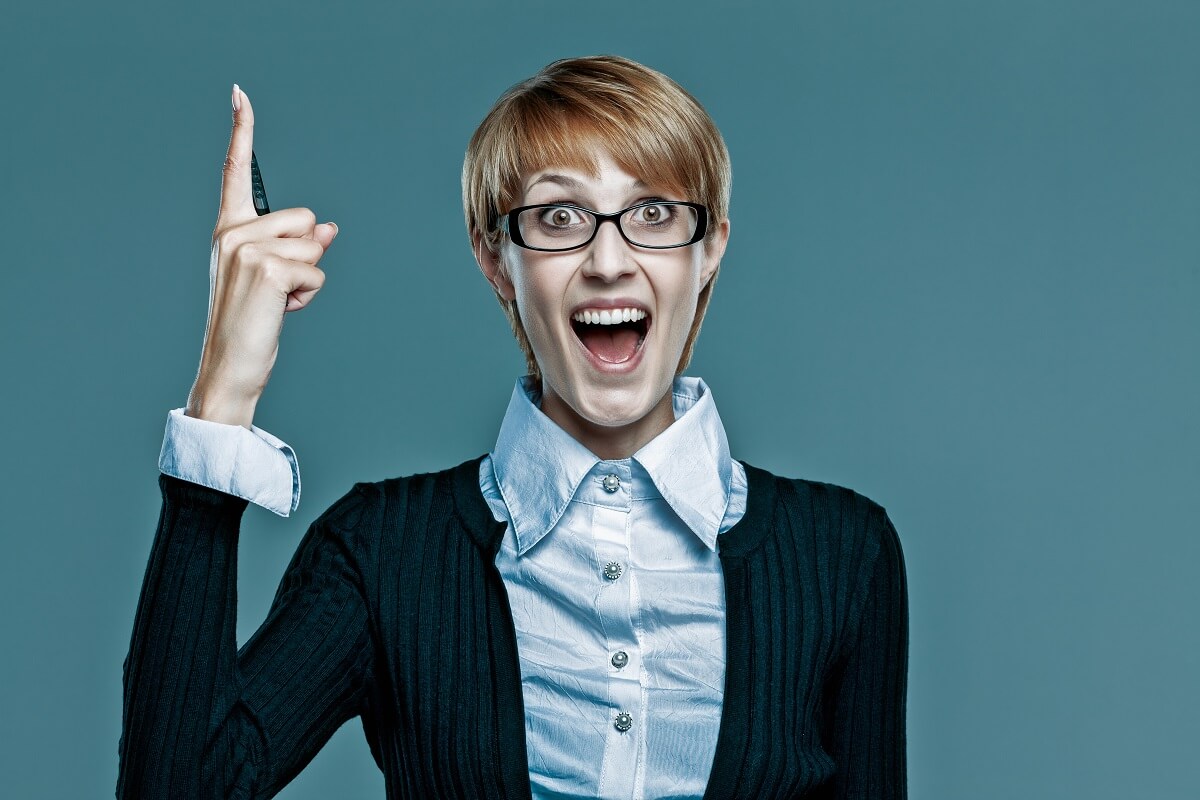 Beyond the hiccup in 2008, the last decade has been amazing for mobile. We have sold 3 billion Smartphones, developed millions of mobile applications, and restarted the global economy. The mobile revolution took the world on the brink of economic collapse, and brought it back to 1999. According to GSMA Intelligence, the mobile economy is well over $2 trillion today, and projected to approach $3 trillion by the end of the decade.

Mobile applications are also growing at eye-popping speeds. Each year mobile apps are downloaded over a hundred billion times, resulting in over a half a trillion dollars in revenue to the developers and promoters of those apps.

At current growth levels, the mobile industry is projected to make up over 5% of the global economy. It’s been a fantastic ride.

Are We in a Recession Now?

All good things must come to an end. The big question is whether this applies to mobility, and if it applies now.

Are we in a period where growth is transitioning from white hot to above average, or are we entering a full-scale recession where the music stops?

Or could it be China? 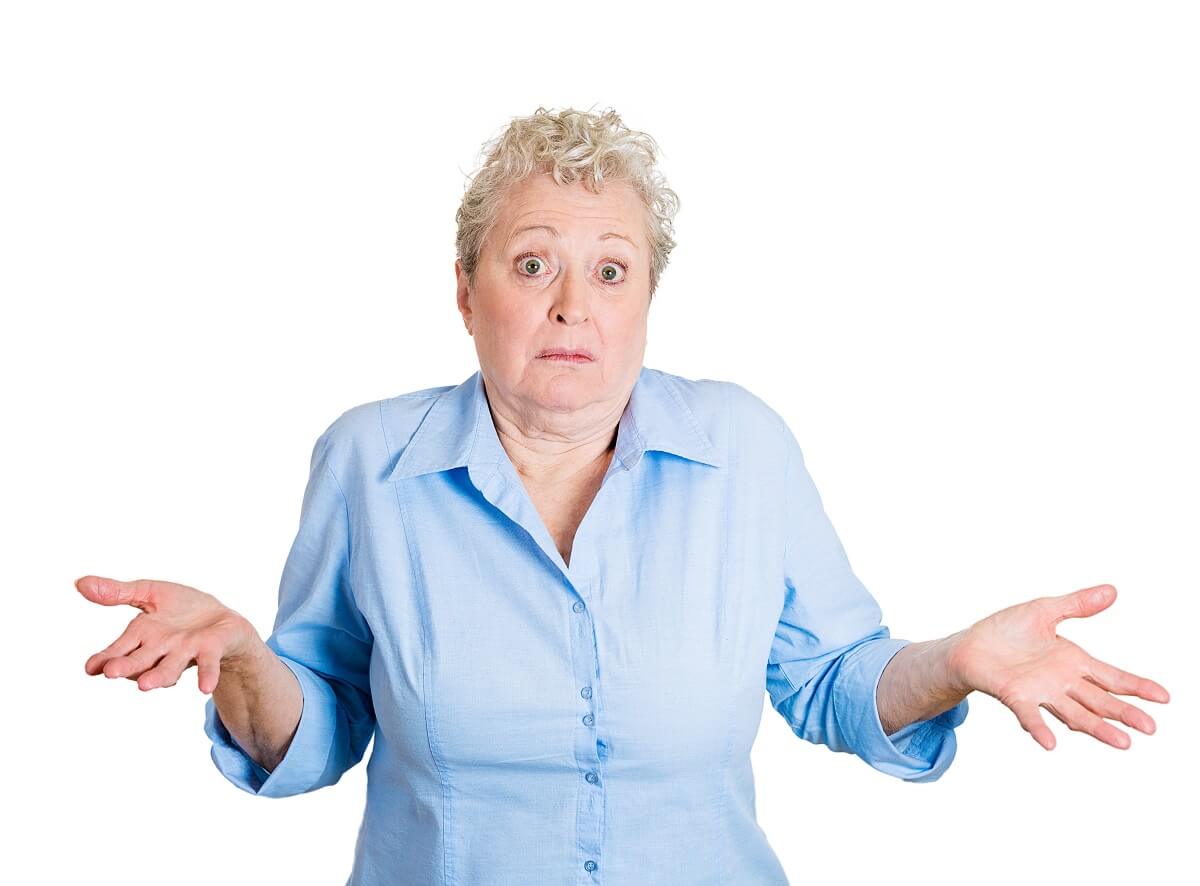 China makes up 30% of the smartphone market, representing the largest market for smartphone sales. Gartner research director Anshul Gupta worries, “China has reached saturation — its phone market is essentially driven by replacement, with fewer first-time buyers. Beyond the lower-end phone segment, the appeal of premium smartphones will be key for vendors to attract upgrades and to maintain or grow their market share in China.”

Factor in the dramatic slowdown in China’s economy and you have a huge hit to mobility prosperity. From its high, Chinese stocks are off 17%.

China isn’t the only country with financial hiccups. Year to date, the Dow Jones Industrial Index is down 3%, with the tech-heavy NASDAQ 6% off its yearly high.

According to the World Bank, the global economy expanded at a rate of 2.47% in 2014. This is below its long-term average of 3.49%. Commodity prices have collapsed. There are several reasons for this, but one of them is lower demand from the larger economies, most notably China. The impact should be bullish for big consumers of oil like the United States, but it is devastating to exporters like Russia, Saudi Arabia, Iran, and Venezuela and their 280 million potential customers. The nations that benefit from lower energy and gas prices are the ones that have been saturated with Smartphones for years.

Recently, the Federal Reserve Board decided to reverse its original intent to raise interest rates. Raising interest rates is a sign of increased economic activity. This signal alone indicates the “in the know” players see turbulent times ahead. 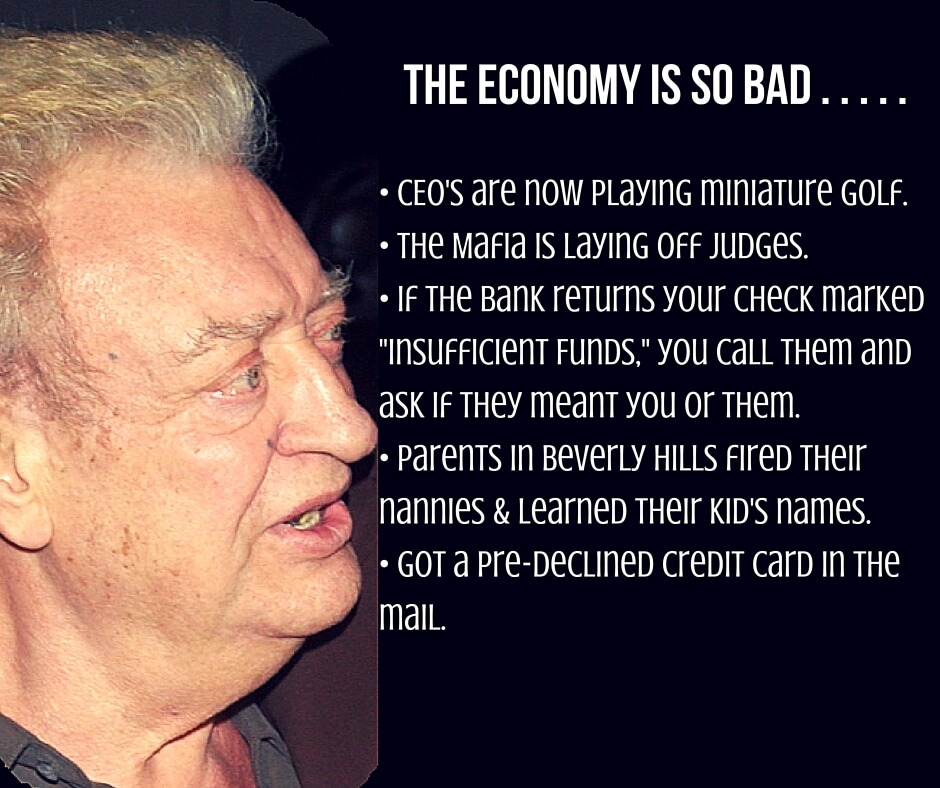 If we are in a recession, technology may get hit the hardest. In any slowdown, it’s the most speculative sectors that bear the brunt. The hottest sectors are where the “excess” money goes, and the point of a recession is to clean out the excesses. That means a lot of valuations in tech will be reduced. Companies that have spectacular earnings growth will still see high earnings, but trade at lower stock prices.

Smaller companies will still produce products that will change the way we live, but they will not sell at levels they did just a year ago. Startups and small businesses will not get the funding they once did because the lower valuations will result in less money being offered for the level of growth they are in right now.

As consumption slows businesses will spend less on IT. They will put off investing in new technology, or make sure they get the latest model for the cheapest price. Tech companies all across the spectrum will see lower profits from companies, customers, and less capital from investors.

How a Recession Makes Business Opportunities 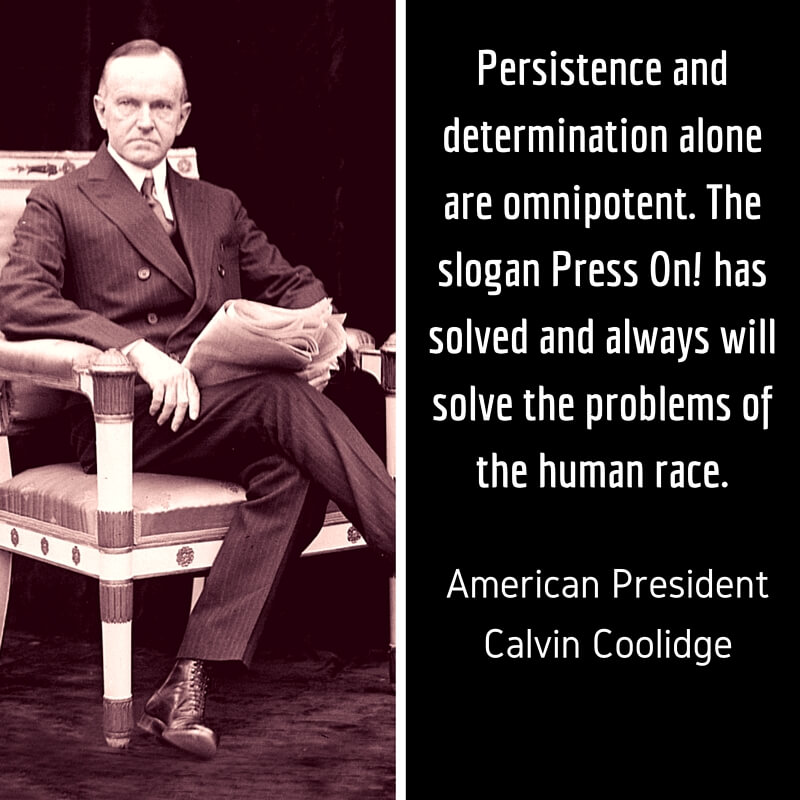 A recession is not necessarily a bad thing. First and foremost, it’s temporary. Since the great depression, the longest recession was the last one: 18 months. Unemployment never rose above 10% in all that time. The world may feel like it’s falling from under you, but it never does. The fact that everything takes on a heightened sense of urgency has proven to be blessing in disguise for entrepreneurs and innovators.

Apple’s iOS App Store opened its doors in July 2008, right in between the implosion of Bear Stearns in March, and the collapse of Lehman Brothers which triggered the financial panic in September. The dreadful years that followed, created an urgency to develop mobility as fast and as vast as it has. Never has an innovation reached so many people in such a short period of time.

If we are on the edge of a new normal, new developments like the Internet of Things, Wearables, and other new uses for digital mobility will usher in an era of expedited innovation and development. The greatest leaps forward will happen as the world economy takes some small steps backwards.

The future may bode well for new ideas and promising startups, but what about your business? How do you navigate this adverse environment? How do you come out of it in one piece? Is it possible to emerge even stronger?

During times of growth holding market share is enough. If your industry is growing at a 12% annual clip, then maintaining market share increases unit sales at 3 times the pace of the national economy.

When times get tough, your industry can actively contract. Holding market share may lead to a drop in sales. To survive you need to capture a greater chunk of the market. To continue to grow there is no choice: you have to snatch away customers from your competitors.

There are two ways to do this. The first way is risky, and without any guarantee, it will work. You can lower prices on your products and undersell your opponents. The risk is that even if you do increase the number of buyers, the lower revenue coming in will not be enough to cover your expenses.

The other way is safer: Quality. Increase the quality of your product. Make it better. Add features to it that it becomes the best in the market. Not only will the average consumer prefer your product, they won’t mind paying a little extra even if times are tight.

Quality is the only way to capture market share without sacrificing reputation, profitability, or the sustainability of your company. 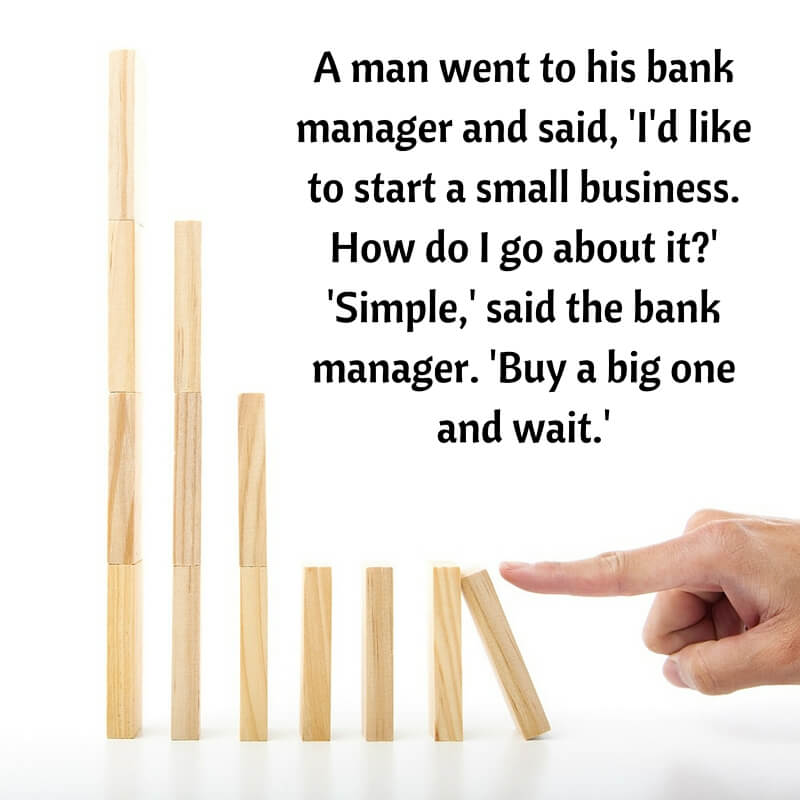 If you can stay afloat during the worst of times, you will inevitably be able to swallow up those that can’t. How many competitors will go under during this time? How many top level developers, salesman, and testers will come to the market offering to work for basic salaries? How much inventory will be sold at fire sale prices?

Patents, product lines, even entire companies will go on the market at deep discounts. The business that survives a recession can gobble up 10 failed startups just to get a hold of what they designed. As times improve, you can bundle all this up to present a far superior product, or you can sell your own product along with upselling everything else.

More customers will experience your business through your mobile application than your physical location. The channel that is most rapidly expanding today is mobility. If you want to dazzle with the appearance of your brand, make your mobile app the best in the business.

Mobile testing is the key. Mobile testing makes your app cutting edge in the eyes of your users. Even in good times, if your app has problems with function or performance people will simply stop using it. In tough times, they won’t consider spending money on you.

If your app has no technical glitches, no long delays in seeing the next page, and the same stellar service anywhere you are, you can win the coveted prize of being the best. You will own a business channel that is rapidly becoming the most ubiquitous customer interface on earth.

Mobile testing puts you on the MAP to Mobile Application Profitability.

Functional Testing (SeeTest Automation): The average business will release a mobile app to market with at least 10 defects so make sure everything on your mobile application is working. All it takes is one disgruntled user in Tokyo, and he will wind up telling his friends in Toronto over social media. This is especially vital when making new versions of your mobile applications. You need an automated testing tool that integrates seamlessly with major continuous integration platforms like Jenkins and QC so your mobile apps can be deployed quickly to market without any major problems.

Performance Testing (SeeTest Network Virtualization): If your mobile application is moving too slowly, in the eyes of the user it is broken. Even if it is “not your fault,” the user will penalize you by moving to another app. Network Virtualization is the mobile testing strategy of making sure your mobile applications work as well over a 4G network in Manhattan as they would a 3G network in rural Montana.

Load Testing (Experitest LoadRunner AddOn): If too many people are on your mobile application and you don’t have the capacity available to accommodate the high traffic load, your application can slowdown, freeze, or crash. Even if you have normal traffic on your app, and they all decide to use one specific function at the same time, it could put undue pressure on your mobile application server. Load testing makes sure your app can handle all forms of traffic.

Cloud Testing (SeeTest Cloud): To expedite your testing operations, you can set up a mobile device lab in one location, and invite your mobile testers from all over the world to connect to your devices to test your app. If you have mobile testers throughout several time zones you can set up a 24 hour a day continuous testing process. The more your test, the quicker you can deploy your mobile application to market. The faster you can release the latest version of your mobile application to your customers.